⭐Last Day Of Term!⭐ We hope you all have a wonderful Christmas - here's to a fantastic 2020! Our newly released December edition newsletter can be found here: https://t.co/Z8Lq8LnSt2

Congratulations to our Year 8 and 9 winners this morning! Here are some of our students who were chosen for positive Attitude To Learning awards. Amazing work!⭐️ https://t.co/tzMQ6bOGdN

Our Year 10 and 11 Celebration Assembly was held this morning, with students being recognised for their consistently excellent work. Well done everyone! ⭐️⭐️⭐️ The Year 8 & 9 assembly will be held tomorrow, with Year 7 on Friday. https://t.co/suCWkj1M6b

Tonight is the night! We are excited to share with you our brand new sixth form curriculum. No need to book, simply turn up between 5pm and 7pm. Our Head of Sixth Form's presentation will take place at 6pm. https://t.co/4v9hLQqdi9

Looking forward to #ACapitalExperience tomorrow - our @CareerReadyUK students will visit London to tour the offices of The Department for Business, Energy & Industrial Strategy, with a morning of inspiration from @actionjackson! #Pathways2Progress https://t.co/3Usnt1nCck https://t.co/gHQ4OADoeu

Congratulations to the winning students who entered our Christmas Card Competition! We had some fantastic entries. Winners will receive points for their House⭐️ https://t.co/veWc7uCuVY

Reminder: Year 11 Parents' Evening is tomorrow from 4pm to 7pm.

Come along to the #TrainToTeach Information Event and find out how #Harris can help you achieve your career in teaching. #GetIntoTeaching https://t.co/FAfHxlmJeU

Twitter WallHarris Academies
All Academies in our Federation aim to transform the lives of the students they serve by bringing about rapid improvement in examination results, personal development and aspiration. 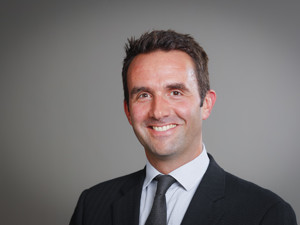 Mr McMillan is the Executive Principal of Harris Greenwich, Harris Ockendon and Harris Avery Hill (opening 2021) and is a National Leader of Education (NLE). Originally from Glasgow, he graduated from Aberdeen University with an MA in English Literature, and then from Edinburgh University with a PGCE and a burning desire to teach.  Mr McMillan taught English for five years at a secondary school in Edinburgh serving one of the most deprived areas in Scotland, latterly having a whole school remit in charge of promoting positive behaviour.  Shortly after moving to London in 2006 he joined the Senior Team at Harris Academy Chafford Hundred and was part of their journey from ‘Requires Improvement’ to Outstanding in every area.

When Mr McMillan first took over the leadership of what is now Harris Academy Greenwich in 2011, it was in ‘Special Measures’ and inadequate in every area.  Within three years, the school achieved ‘Outstanding’ status from Ofsted.  For the last six years in a row, Harris Greenwich has been in the top 15% of schools in the country. 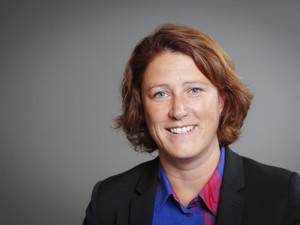 Ms Rainey is the Principal of the Harris Federation's newest Academy in Ockendon. Originally from Belfast, she graduated from the University of Ulster with a first degree in History and Geography, followed by a PGCE acquired from Leeds University. After completing teacher training, Ms Rainey moved to London in 1998 to begin her career in teaching. Over the past 21 years, she has taught history and led in schools across London and Essex with most of her senior leadership career being spent in Hackney. In 2008, after gaining her NPQH, Ms Rainey became a Senior Vice Principal and began her preparation for headship.

Ms Rainey is thrilled to be part of the Harris Federation and is excited about what the future holds for the academy and her students.

Ms Rainey has an unwavering belief that all students can succeed and that teachers have the power to transform our students’ lives regardless of their ability, background, social status and life opportunities. 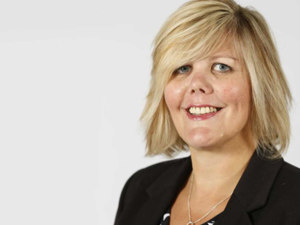 The Academy is also supported by Mrs Nicola Graham as Assistant Director of the Southeast sector of the Harris Federation. Mrs Graham oversees a cluster of Harris academies in Essex, including the ‘outstanding’ Harris Academy Chafford Hundred which she has led since 2011. Mrs Graham is also a National Leader of Education.

*
Cookie Notice: We use cookies on this site to improve your user experience.
Accept Find out more